This is the Fancy Start Traditional Round Robin that was in 2010. These ladies were novices at the time - but you would never know it!  The participants were Betty, Renae, Peggy, Carol, and Christy. 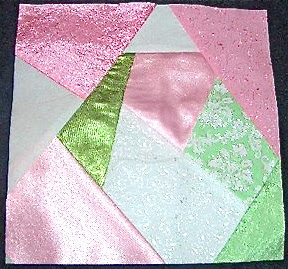 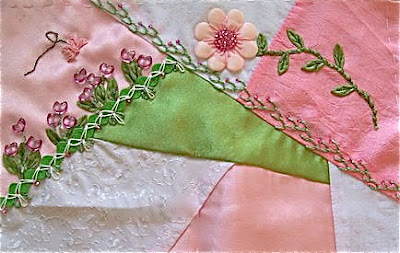 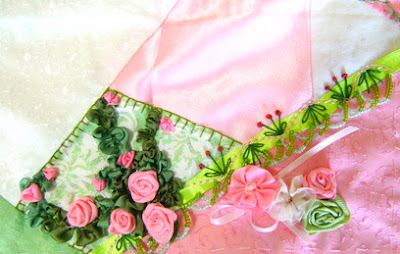 Block after Carol and Christy 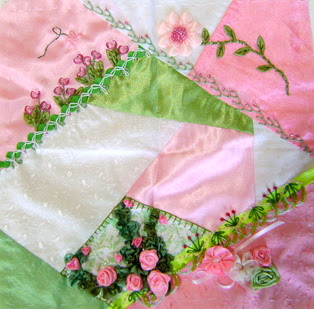 And that is all we have of Betty’s block.
CAROL’S BLOCK
Carol’s Naked Block 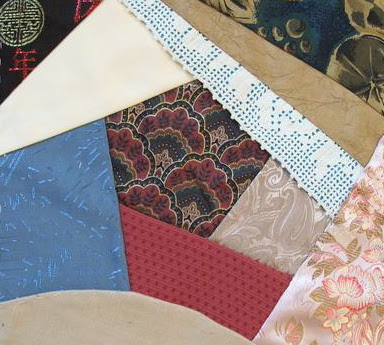 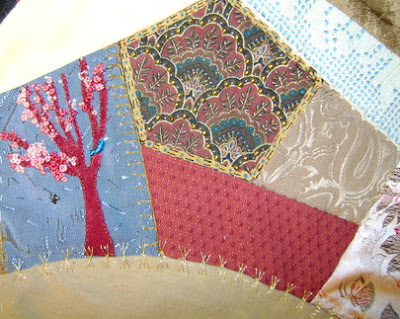 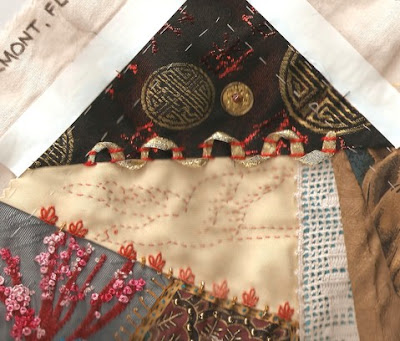 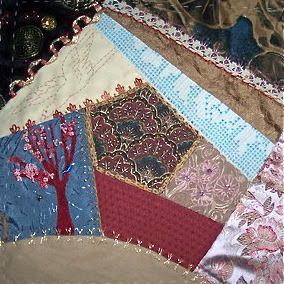 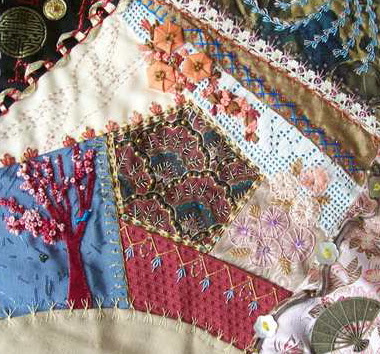 Companion block made by Carol 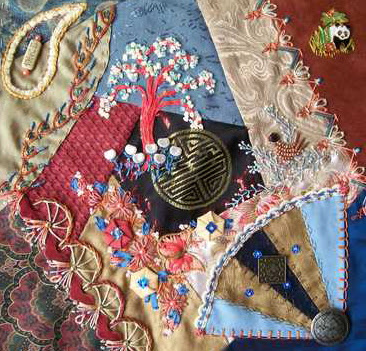 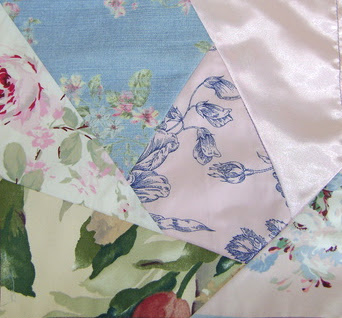 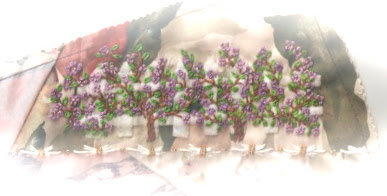 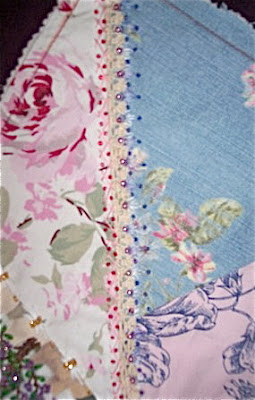 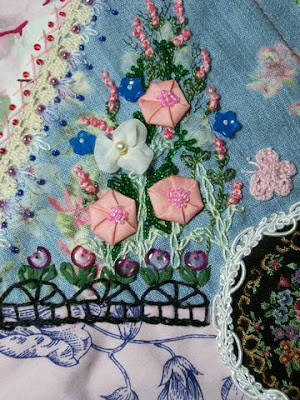 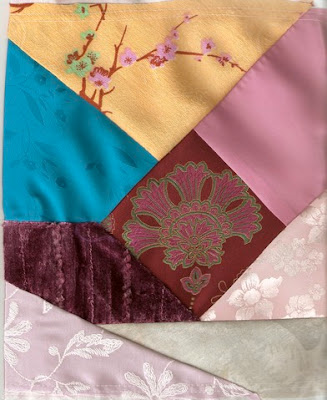 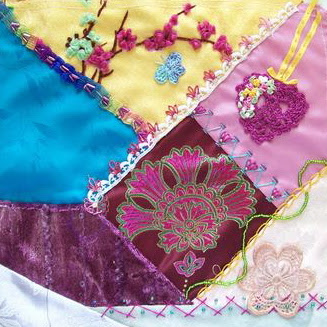 One of Christy’s additions, detail 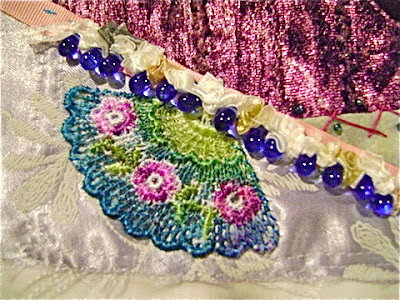 Block after Carol and Christy’s additions 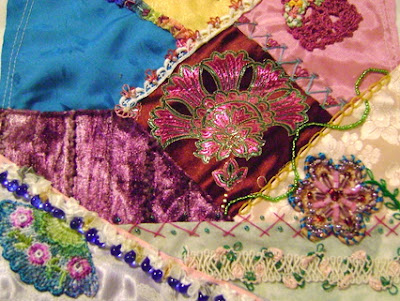 Again, that’s all we have of this block.
RENAE’S BLOCK
Renae’s Naked Block 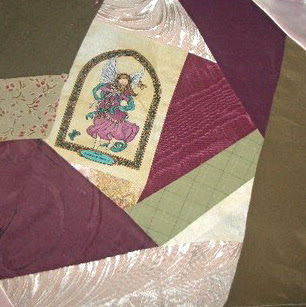 Block with Betty’s stitching and additions 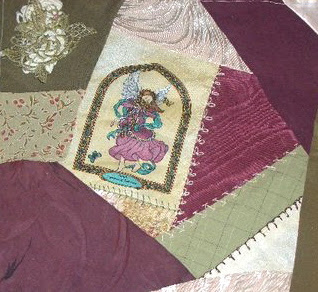 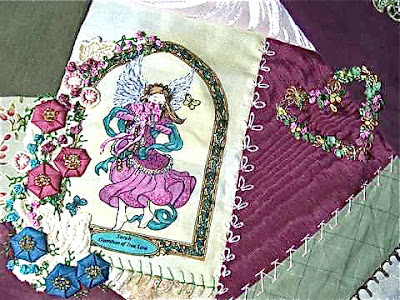 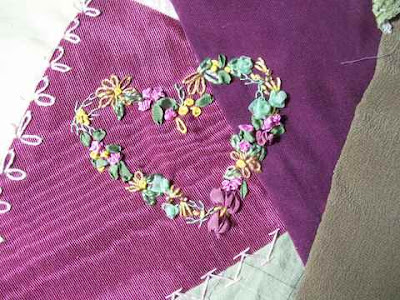 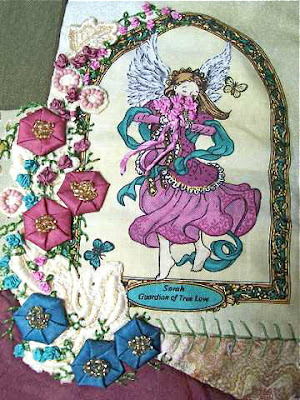 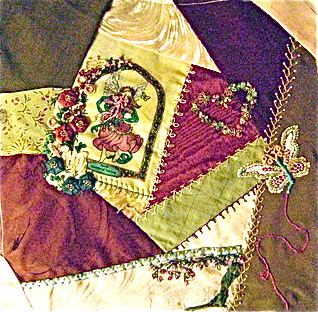 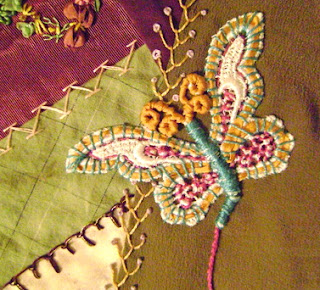 Peggy’s additions to the top of Renae’s Block